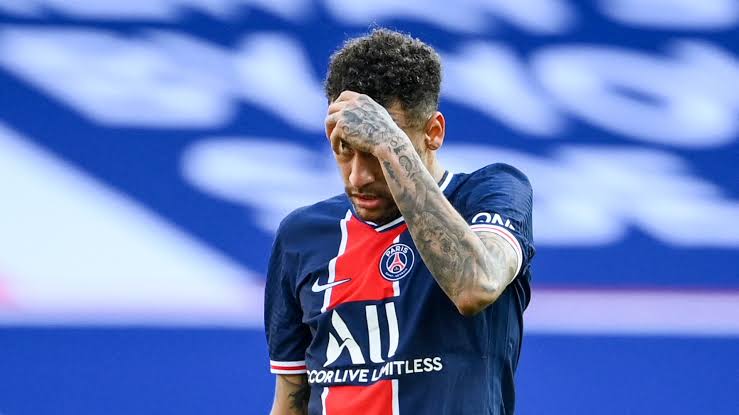 Neymar was given a red card late on as Jonathan David found the back of the net in what was the only goal to hand Lille a 1-0 victory over Paris Saint-Germain, an outcome that takes them three points at the top of the Ligue 1 standings.

Canadian striker David was striving with an injury when he brought home a goal in the 20th minute.

Things got worse after and he came out on crutches to view the second period with heavy strapping where he had been fouled by Idrissa Gana Gueye.

Without David Lille clinged on to defeat Paris Saint German in the capital for the first time in a quarter of hundred years, with a disgusting afternoon for the PSG summed up when Neymar JR was issued a red card at dime minute.

The Brazilian and Lille central defender Tiago Djalo were both issued second yellow cards and sent off following an event off the ball.

The outcome sees Lille take a big step ahead of winning a trophy they last won ten years ago, just before the domination of Paris Saint German changed the face of the Ligue 1 football.

It would be a grand gain if Lille were to climch the title ahead of PSG, who have won seven of the last eight Ligue 1 titles and will play against Bayern Munich in the first tie of their Champions League last eight on Wednesday.

Lille are three points top of Paris Saint German with seven games left in the Ligue 1 and Monaco a point in third position after gaining victory against Metz in a four-goal triller.

Lyon are contenders for the league title too. They can come back to third spot and same on points with Paris Saint German by winning Lens later.

Mauricio Pochettino's Paris Saint German had been seen as favorites to another league trophy after gaining victory 4-2  in Lyon just before the current international break, but this outcome raises doubts over defending their title.