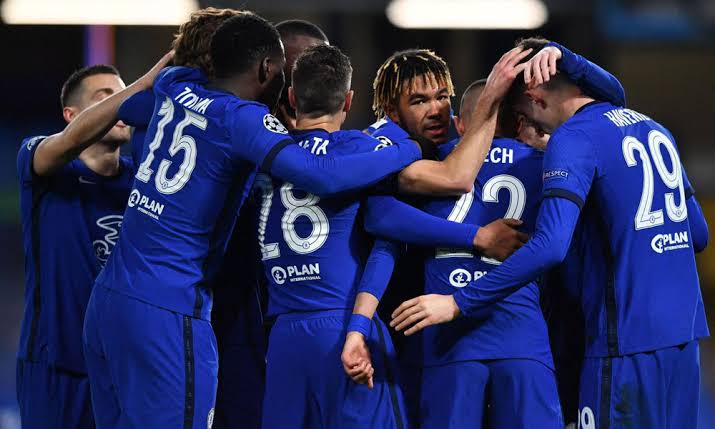 Atletico Madrid journeyed to London requiring to bring out a comeback in their Champions League second tie against Chelsea, having been defeated 1-0 in the first leg in February, but they ended up being on the loosing side as Chelsea won 2-0 on the night to suffer a 3-0 aggregate.

Hakim Ziyech scored a goal that came from a counter-attack in the first half and then a late Emerson added time goal sent Chelsea to the Champions League quarter-finals.

Atletico Madrid will have some reasons about the officiating of the game, but the fact is that they were dominated over the 180 minutes of the game and they're now left to set their eyes on the LaLiga Santander title, where they are four points ahead of Barcelona.

The beginning to this second tie saw Chelsea completely take charge of ball possession through the starting 15 to 20 minutes, but Atletico Madrid then had a couple of penalty complaints at the halfway stage of the first period.

Luis Suarez claimed he had been tackled by Antonio Rudiger on the edge of the box, but Atletico Madrid's rage came from the second penalty complaint when Yannick Carrasco went down with Cesar Azpilicueta's arm around his body as the Belgian international wasn't awarded with the penalty.

Atletico Madrid turned that rage into some attacking play, but they were totally caught out on a counterattack as Kai Havertz, Timo Werner and Ziyech combined for a quick break that ended with the Morocco international scoring Jan Oblak.

Chelsea ended the first half well, so Diego Simeone turned to his substitutes by bringing on Mario Hermoso for Renan Lodi and making changes in his playing system during halftime. The bringing on of Moussa Dembele and Angel Correa followed suit as he strived to bring his team into life, to no avail.

The fact is that Chelsea's defense and defensive midfield could not be passed through. They were superb.

With Atletico Madrid down to 10 men, they ended the night conceding again as added time substitute Emerson found the back of the net past Jan Oblak.

That confirmed Atletico Madrid's defeat and it confirmed that all their hopes are now on the LaLiga Santander title.