Blog: Barcelona Was Handed 2-1 Defeat By Granada That Blew Their Chance of Going Top Of The La Liga Table 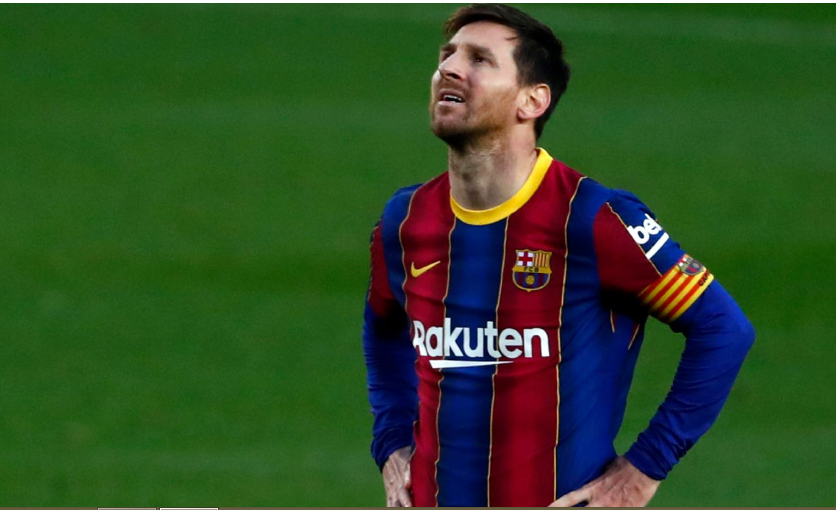 Although, it FC Barcelona that opened scoring through Lionel Messi in 23 minutes of the first half. That goal is Lionel Messi's 26th goal of the season. For now, the La Liga Table is blowing hot with Atletico Madrid, Real Madrid and FC Barcelona all have chance to win the La Liga this season and Messi's strike would have pushed Barcelona to the top of the table but it wasn't to be.

However, Machis Darwin scored in the 63rd minute to equalise for Granada and 11 minutes later Granada scored another goal to complete an unexpected comeback. Granada's goal was scored by a substitute Jorge Molina as he headed in from close range to score the winning goal for Granada.

Ronald Koeman FC Barcelona coach was sent off the pitch when Granada equalised. Ronald Koeman was complaining about the officiating which the referree which the refferree was not happy about that he has to send Ronald Koeman. Assuming Barcelona won the match against Granada they would have gone one point above Atletico Madrid who is currently sitting at the top of La Liga table and two points above Real Madrid as a result of Barcelona's goal difference.

Aaron Escandell saved on one on one from Lionel Messi that would have made Barcelona go two goals up in the first half. That wonderful opportunity would have given Barcelona a good chance not only in the game but in the League table too as they are in the race for the title.

Granada only had two shots on target throught the course of the game and those shots went to the back of the net. Granada scored their goals through a swift counter attacking football.

Pablo Gonzalez Fuertes who was the referree of the match ordered Ronald Koeman to leave the dugout  and the match went from bad to worst when Molina headed in Adrian Marin's cross.

Ronald Koeman said that his team was not focused at all in the first half.

Koeman was of the opinion that they have opportunity to win the match with various chances they had but they are still in the title hunt since their is still five games left to play.

FC Barcelona's next match is against Valencia on Sunday. They still have a chance to win the league.